Slake your Thirst With Some Sudsy Sips at West Ends; new brewery, Parched 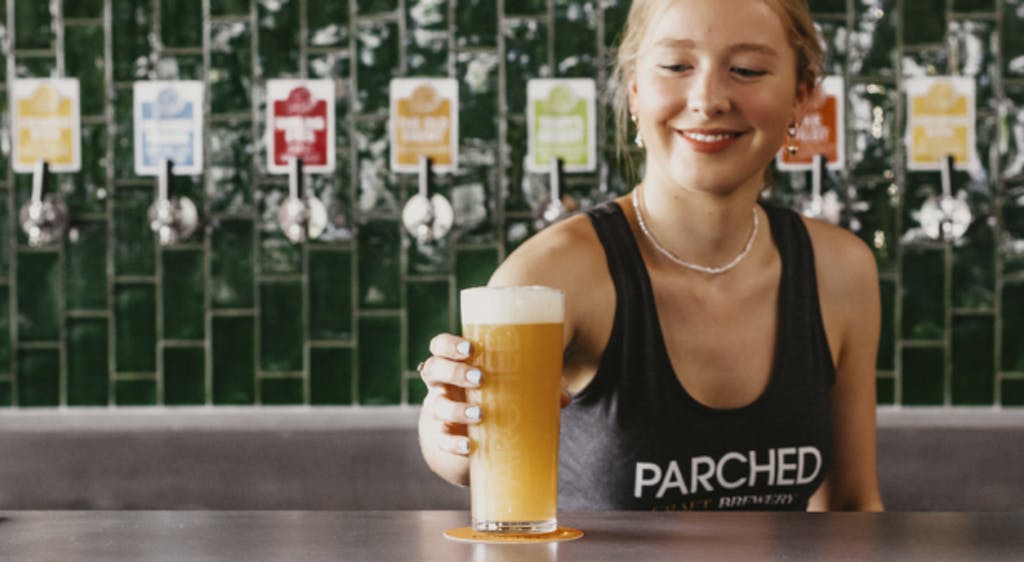 With the summer temperatures being what they are, there’s a seriously high chance that your thirst levels are elevated above normal. If the heat has left you craving a cold one, then allow us to introduce you to Parched – an appropriately named brewery that officially opened its doors to the public last week. With 16 taps dedicated to pouring thirst-quenching tipples and a kitchen specialising in elevated pub-style eats, Parched is poised to become a popular summer respite for connecting, socialising, sipping and snacking.

Carl Hallion’s obsession with brewing dates back to when he was 18. Living in Adelaide, Carl and his friends would often get together and make beers using Coopers Brewery’s DIY brew-in-a-bag kits. He’s still brewing these days – just on a much, much larger scale. Last week Carl opened Parched, a craft-beer brewery tucked off of Montague Road in West End. It’s the logical end point for Carl’s love affair with lagers, affection for ales and infatuation with IPAs, which blossomed after travels across North America exposed him to what was possible in the realm of microbrewing. After stepping away from a career as a mining engineer, Carl decided to act on his dreams of opening a thirst-quenching tipple temple of his own – a small bar or brewery that served great beer and great food to great people. A location-scouting process that began in 2019 yielded some enticing prospects, but eventually Carl and his team settled on the Montague Road site. The tenancy, which occupies the back half of a warehouse, was considerably larger than Carl’s initial vision, but its high ceilings, ample floor space and convenient location made it too good a space to pass up.