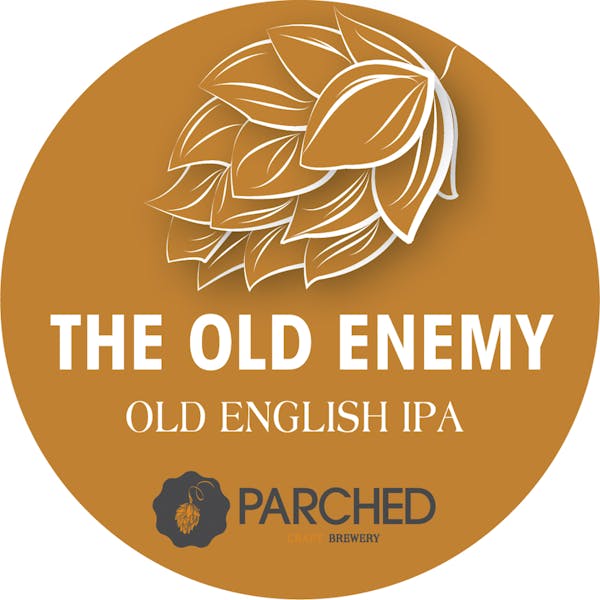 This is a traditional Burton Upon Trent style IPA from the late 1700s to early 1800s. It’s not like the new world IPAs you mostly see in the craft sector. It’s a hoppy, moderately-strong, very well-attenuated Pale Ale using classic British ingredients. The first thing you notice is the pear and melon esters that eminate form the Burton Upon Trent yeast strain we use to brew this beer. This is followed by well balanced fruit from the traditional English hops and finished off with the biscuit-like hints, toasty, toffee-like and/or caramelly malt profile from the two row English barley. The beer has a complex character that isn’t common in Australia, with a dry finish and moderate hop bitterness.

I’m a cricket fan so I love-hate England like most Aussie cricket fans (really we love ’em but don’t tell them that!). So I was always bound to brew a tribute to one of the oldest and best contests in world sport and “The Old Enemy” it is. Accounts of the origin of this style of beer vary, but most agree that what later became known as IPA, was Pale Ale prepared for shipment to India in the late 1700s and early 1800s. George Hodgson of the Bow Brewery became well-known as an exporter of IPA during the early 1800s, and is the first name frequently mentioned with its popularity. As with all English beers with a long history, the popularity and formulation of the product changed over time (a bit like English cricket). Burton breweries with their high-sulfate water were able to successfully brew IPA and began their domination of this market by the 1830s, around the time the name India Pale Ale was first used. Its strength and popularity declined over time (a bit like English cricket), and the style virtually disappeared in the second half of the 20th century (a bit like English Cricket in the time of Steve Waugh). The style underwent a craft beer rediscovery in the late 20th century and today’s modern examples are inspired by classic versions (do i need to say it…). Today IPAs dominate craft beer and are not just back to their best, but are pushing new boundaries. So for me, a nod to the contest with the Old Enemy has to be based on the tradition of the late 1700s and early 1800s. This beer goes back to the traditional Burton Upon Trent style IPA rather than a new world style IPA. Here’s hoping some traditions never die!