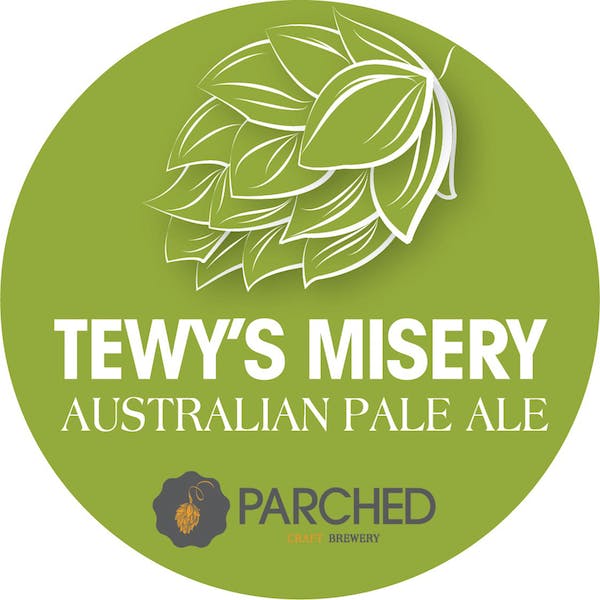 This is your craft beer equivalent of a halfway house for lovers of lagers. It’s not too heavy in either body or alcohol and has an initial dry, clean, malty palate with a slight hint of hop flavour that comes through in the end. This typical Aussie pale ale has medium hop bitterness and a dry mouthfeel, but generally, is well balanced between the malt and hops. So essentially it’s a craft beer that should appeal to all beer drinkers. Perhaps it’s the first step on your craft beer journey. You won’t turn back! Guaranteed!

Now this is my favourite story. I have another mate, Tewy. We play masters footy together at the Gorillas. The team got a working bee together at one of our team mate’s place after he’d been laid up for a bit. That’s what mates do! Brucey put on a BBQ for the boys afterwards to say thanks and I did the beer. One of them was this Australian Pale Ale and it must have been good because Tewy drank a lot of it. Like A LOT! Long story short, he ended up enjoying the couch on the back deck and even managed to fertilise Brucey’s garden. While he was “asleep”, we called an extraordinary AGM and he was promptly sacked as coach and Brucey was given the job. Since then, the boys at the club have asked time and time again when I’d next be brewing Tewy’s Misery and so the name has stuck. Much to his disgust! Now I don’t recomend you drink as much on a hot day as Tewy did, but this is certainly an easy drinking beer that’s meant to be enjoyed (in moderation) so I hope you do. I know Tewy does (now).