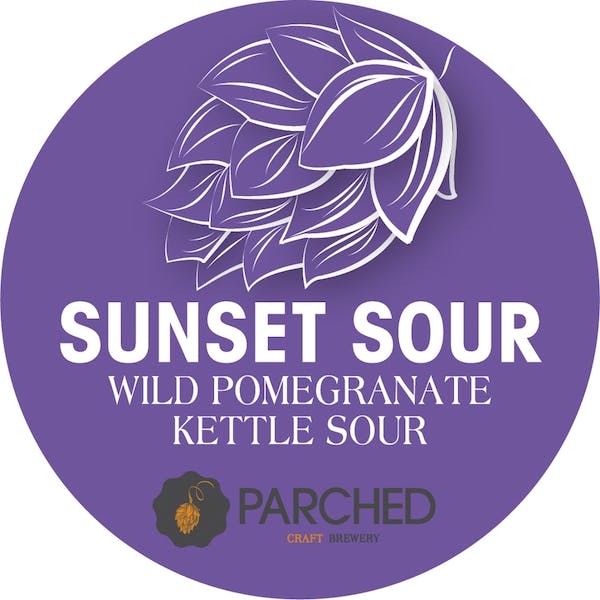 The Wild Pomegranate is a Kettle Soured Pale Ale. The evolution of natural acidity in the Kettle Sour develops balanced complexity that is perfectly complemented by the tartness of the pomegranate. Combined, these elements balance out the sourness and the pomegranate fruit flavours come through cleanly, but are not over-powering. The beer is a bright pomegranate red with an off-white to pinkish head that adds to the appeal. Super refreshing!

My friend Ant created the beautiful hop logo and designs for Parched. He’s a clever lad Ant, and I reckon he’s given Parched a great image that people will easily recognise and come to see not only as our logo, but as a symbol of quality. Anyway, Ant loves a sour so naturally I had to return the favour and create something beautiful for him. I asked him what flavour he’d like his sour to be and he said, “I want a red one!” (he is a graphic artist after all!). I guess it’s about as much guidance as I gave him for the logo and artwork, so touche! Well Ant, this Wild Pomegranate Sour is as red as I could make a sour. It even tastes red. I hope you like it!